A few months ago (before the lockdown started) I was shopping at the Cambridge city center, I popped by the Raspberry Pi Store and I saw something called Mood Light - Pi Zero W Project Kit. This is basically a kit that contains:

I thought it looked pretty nice, and decided to buy it to play with it during when the lockdown started. 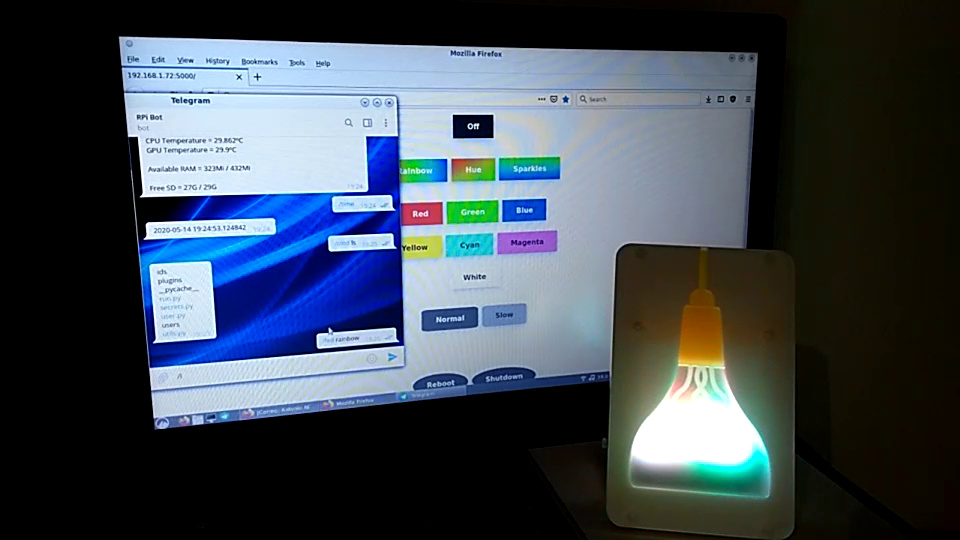 I wrote a Telegram bot a couple of years ago with Telepot, and I thought that it would be a good idea to repurpose it to control the lamp remotely. However, that was only supposed to be the first step. Nobody really wants to have to type a command to change the color of the lights, right? Also, it looks like that Telepot has been deprecated, so it's likely going to break at some point in the future.

This is a video of the result (it's missing one effect that simulates fire, though):

How does it work?

There are 3 main parts:

All you have to do is turn the Raspberry Pi on anywhere in the flat and it will connect to the WiFi network, start the servers, and from that point you can talk to the Telegram bot or use the web interface to control it!

For more information, check the code in my GitHub account: