This time I'm writing to show you my newest electronic creation: a "videogame console" made with a PIC18F2550 as its brain. It has a 8x16 LED matrix as main display and 4 seven segment displays to show the player score, for example. It has 8 buttons (4 in a pad, the rest like a Game Boy or similar). The PIC doesn't have enough pins to control everything easily, so I've used a few 74HC595 to control the LED matrix and the seven segment displays, and a 74HC166 to read the state of all buttons. 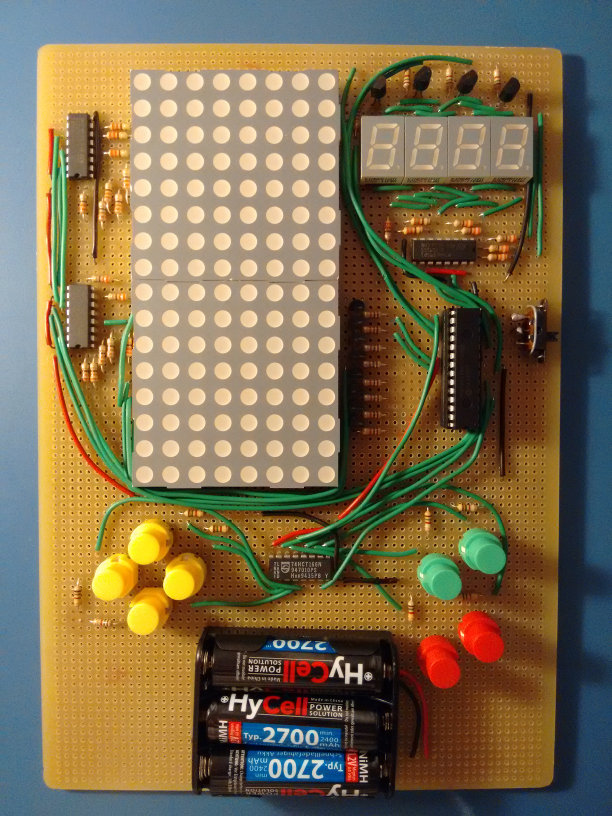 The game I've decided to code for the demonstration is a simple Tetris, written in 100% assembly. YouTube video here:

At the moment I haven't decided if I should post the schematics and the source code for various reasons:

EDIT: Well, whatever, I'll just put the schematics and the code... :P 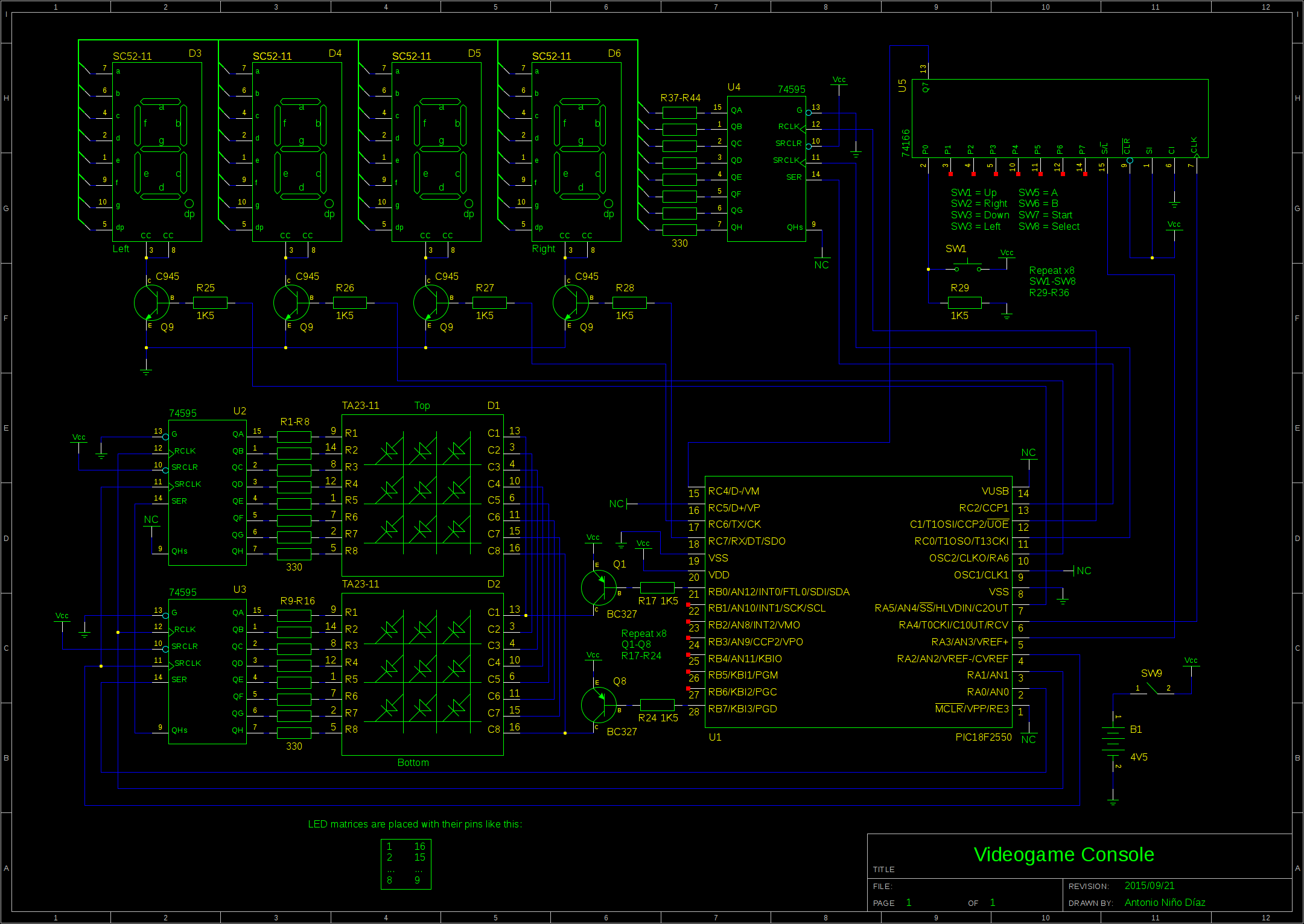 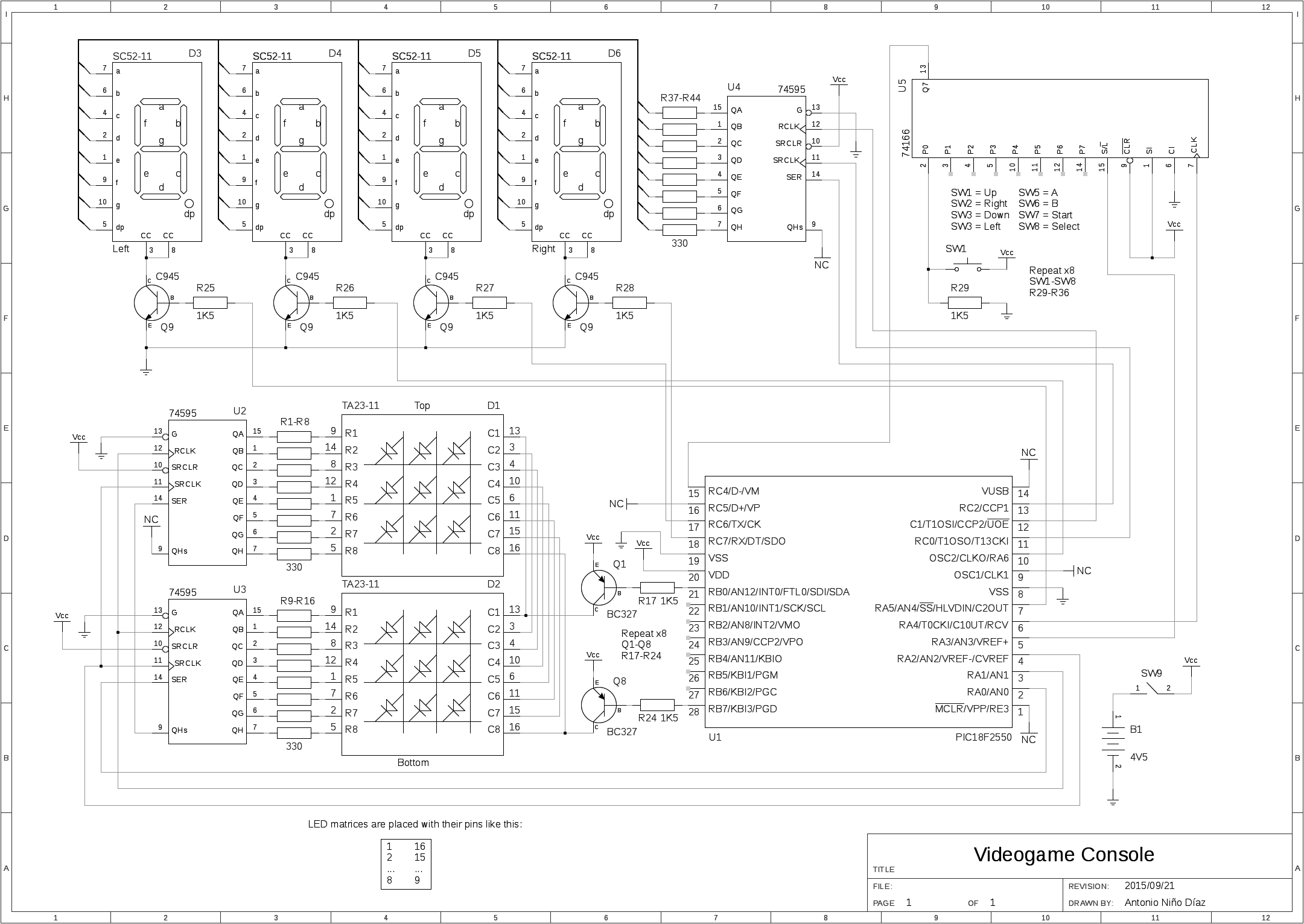 New version (2015/10/06), with a small modification to prevent "ghosting" between displays when performing the scanline change. Also fixed a bug that didn't remove completed lines before checking if game over.