Well, after a few weeks not doing almost anything I've decided to post the last useless device I've made. It's a simple electronic dice using a decade counter and some inverters (used for logic and as oscillator). I decided not to use a microcontroller because it felt like it was cheating for a circuit this simple... There's not much to say: pressing the button will enable the counter and releasing the button will stop it and show a "random" number. The counter is very fast so it's impossible to guess what number is going to show when the button is released. Here are a few pictures: 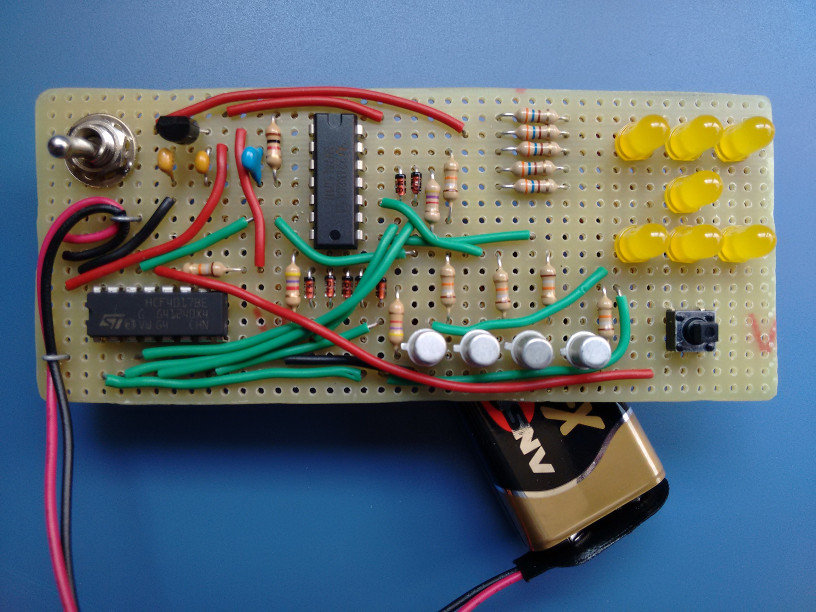 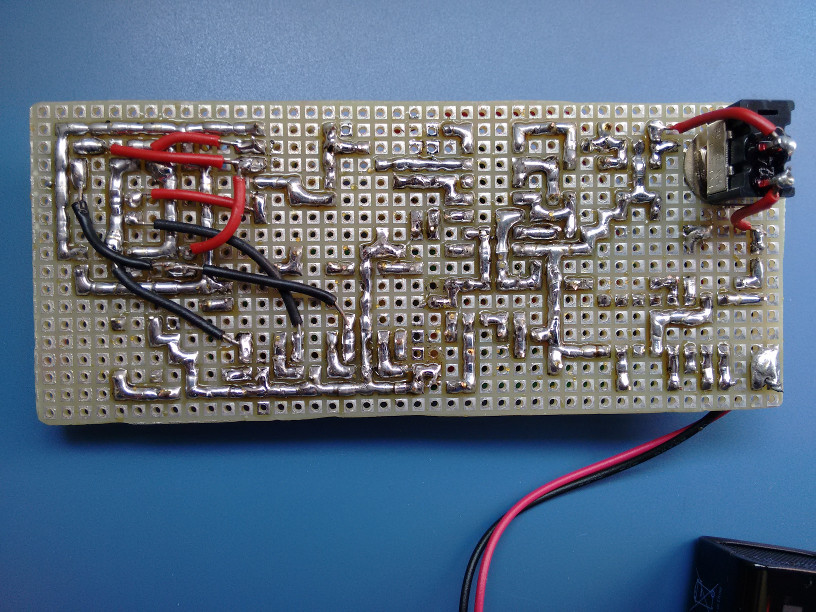 I used foam to hold the board and the battery in place so that it could be put into a handmade box. 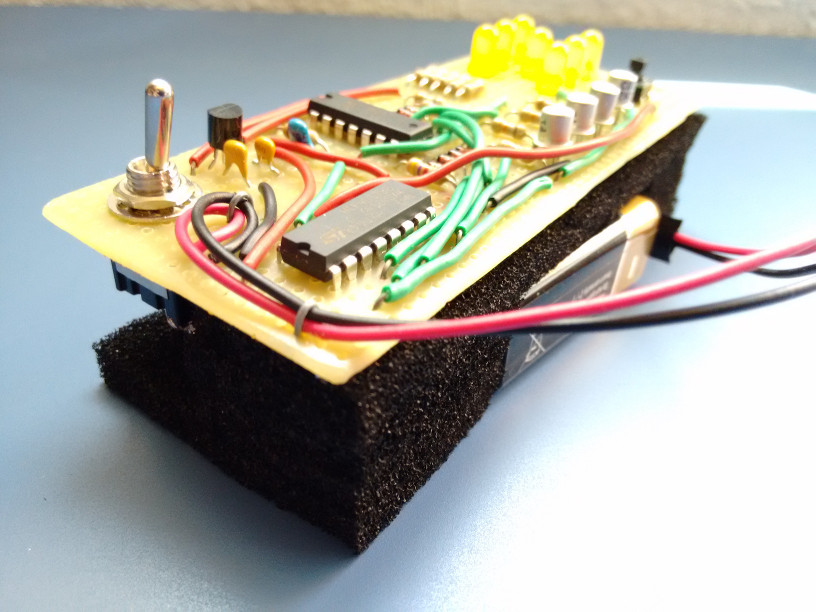 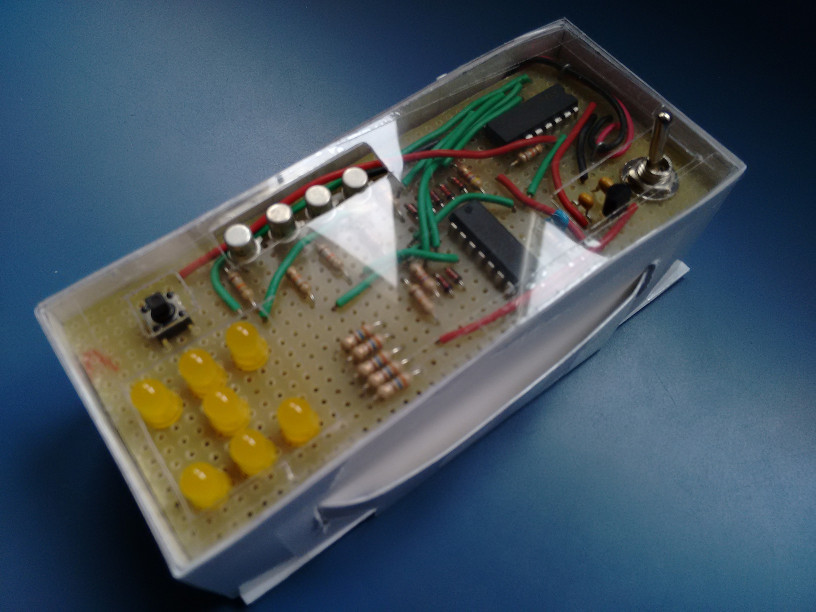 And, at last, a video of the circuit working:

While it's a really simple circuit to design and make, I've decided to create schematics in case someone wants to make this:

Almost all components are specified in the schematic. The ones that aren't completely specified are the voltage regulator (78L05), the inverter IC (74LS04) and the decade counter (HFC4017).

There are two interesting things about this circuit, and the reason of both of them is that I didn't want to buy many components, so I decided to use whatever I had at home: